I’ve always wondered why I’ve been such a stickler when it comes to secrets and lies.  I just can’t tolerate even a little white lie told for my benefit.  Honesty is paramount in my world.  I don’t care if it hurts me I’d rather know the truth.  My insistence has caused many rifts in my growing years and been the cause of many relationships going down the tubes.  Most people take secrets and lies in stride, as a normal part of life. 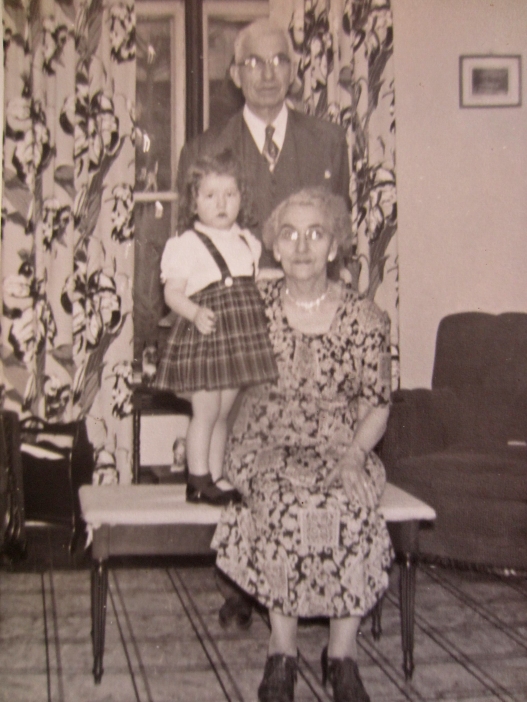 I’m around three in this picture and already caught in the world of secrets and lies of adoption.  Stuck in the twilight zone and suffering PTSD at three is something no one would understand back then in the early 50’s.  I look at her and my eyes fill with tears.  I only have a few pictures and they all have the same blank look, the clenched fist and at that time I refused to wear socks for some reason.  My adoptive mother being the perfectionist she was, was always so angry at me.  Pictures that had must be perfect….were anything but.

Over and over but never the perfect picture.  The truth always showed and she didn’t want anyone to know the “perfect family” was sick.  Sick with secrets and lies.

“A family is only as sick as the secrets it keeps”

Secrecy erects barriers to forming a healthy identity.  Sealed records  and false birth certificates implicitly ask for an extreme form of denial.  Nowhere in the history of psychology will you see that denial is a positive strategy for forming a sense of self and dealing with reality.  It wasn’t until I threatened with a lawyer when my daughter was around 6 that I finally got “my last name”.  Once you have your own child, the importance of finding out genetic information becomes priority and the search intensifies.  I had no information or medical history until I was 50 and by then, so much damage was done, but for my daughter, she now has something I never had.  Information, history, heritage, existence.

Nancy Verrier believes that the nine months spent in utero  establishes a connection with energetic transmission of either positive or negative emotions.  Then, with the severing of the connection, the primal wound is created.  This affects the adoptees sense of Self and most often manifests in a sense of loss, basic mistrust, anxiety and depression.  You lived nine months in utero trauma and were born only to experience the worst trauma of all.  You can’t tell me, if you really look at that little girl above that none of those things exist.

Within secrets and lies you find shame.  What a person withholds from another becomes a hidden truth when if fact, it’s reality might be questioned were it allowed to reach the light of day.  That’s why it’s so very important for everyone to tell their story, to share the traumas and secrets and set yourself free.  Even in everyday life, communication in an honest way clears up many illusions turned secret.

Brene Brown has many videos on her research about shame.  It’s epidemic and it’s fostered with all the secrets and lies we live.  No wonder we have such a physically and emotionally sick society.  Once you can bare your truest self to select people, it makes space for a new kind of connection in your lives.

As an adoptee you grow up pretending you are someone else’s child and of course, the topic is seldom discussed at least in my era.  You were trained , act as if genetically you belonged.  That only works so long until you begin to discover genetic traits that “your family” can’t accept.  Adoption isn’t talked about,  The church family don’t know you aren’t really who you say you are.  The people across the street, the kids you go to school with and sometimes, you don’t know yourself until a later age.

In some twisted way, when I look at the picture..how would she understand that her mother didn’t want her or couldn’t keep her.  How could an already traumatized child grasp that.  I can’t even get into the words used such as “chosen”.  Yet, the truth is what we need and want.

A new direction in adoption needs to be followed where the truth is faced head on.  No matter what age.  A child can sense a parents discomfort and blame themselves.  These indirect messages such as relatives commenting on how much so and so looks like their mother affect adopted children greatly.  Blood related people don’t realize the frequency of these biological references but Adoptees do.

It’s no wonder then, that myself and many adoptees can sense a secret or lie hidden behind a false smile or statement and refuse to tolerate anything but open and honest relationships.

It takes an instant to break the trust and a lifetime to repair the damage, if ever.

I’ve lived as most adoptees, a life of dualities..the person you show the world and the person you have no identity for.  Now that I’ve been able to fit some of the genetic puzzle pieces in the blank spaces and write my story I am lighter, free of the fear and shame of being discovered.